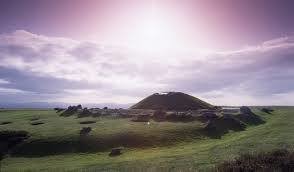 Honour the return of the sun god of Lugh in this Winter Solstice mediation and perform an earth healing ceremony.

In 2015 Alphedia Arara was guided to hold an earth healing gathering at the ancient megalithic site known as Cairnpapple in West Lothian.

The winter solstice officially occurred at 4.47 am on Tuesday 22nd December 2015. For us in the Northern hemisphere this was the shortest day of the year, traditionally this sabbat is know as Yule and it is a time when our ancestors would gather at sacred megalithic sites to watch the sunrise and to receive wisdom from the land.

Those of us who are earth healers and are carrying the earth healing codes have a high frequency colour energy run through them, not only to purify their own core central matrix but to radiate earth healing through this sacred energy centre. We clear trauma from the land and give offerings to Gaia our mother.

Alphedia channels live on the day the wisdom of the guardians of Cairnpapple, why participants were drawn to participate in this Solstice workshop and what their role is for Gaia. You are taken on a guided meditation deep into the centre of the earth to balance you at this still point.

The ancient guardians of the Celtic lands will be brought round you and you will be initiated once again into Celtic magic knowledge, by way of a transmission into your pineal gland which will allow you to activate dormant knowledge and also receive new knowledge from the land. 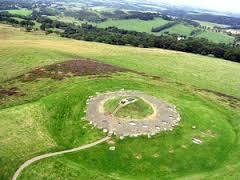 Cairnpapple was an important megalithic site as it was a portal to the underworld, a portal to the wisdom of Gaia mother earth and the fairy guardians the Sidhe will be present and assist you with your healing work you will receive a fairy symbol that will aid you in making communication with the magical fairies known as the Sidhe more easily.