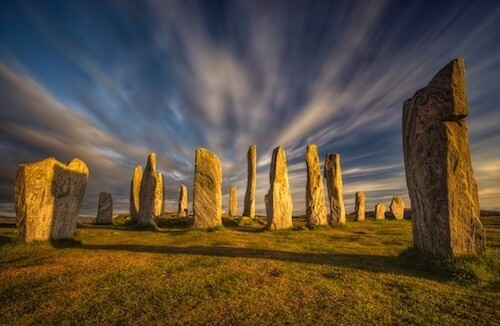 "Know that for full illumination within your soul, sometimes known as Ascending Consciousness, the Emerald Codes within you require to be activated.”

This is one of the most intact Mesolithic complexes of standing stones and stone circle. There are three Callanish stone circles and they reside on the Isle of Lewis, one of the Western Isles of Scotland.

Working with the Sirians, Arcturians and Andromedans, as well as the Golden Dragon consciousness and the Sidhe fairies you reawaken within your DNA the Emerald Ray Codex.

Many lightworkers have been sent on to Earth to return the Emerald Ray and it was through the Emerald City of Christos that the Christ Consciousness Grid stabilises on the Earth.

This workshop is in two parts:

You work with Gaia to assist with a further upgrade of her template of light. Your soul energy recreates a 5D light temple for this Stargate Portal.

This is advanced Stargate Ascension Awakening Consciousness that you are all now ready to work with.

We work at the beach on the day of the Solstice with the Elementals, Sand Goblins and the Mermaids. These Elementals prepare your energy to help bring the Emerald Ray back on to Earth. 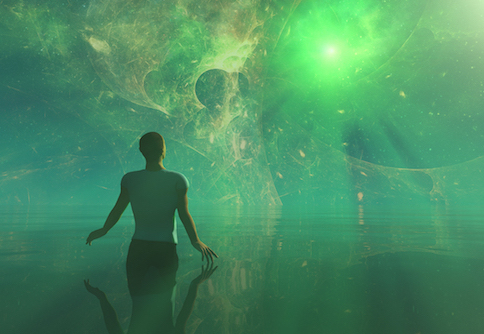 The Emerald Ray, which is activated by the Emerald Code activation within your DNA, is a higher vibration of the Green Ray. The Emerald Ray Codes bring in Phase 2 of the Ascension Process and Gaia’s ascending self.

The codes of the Emerald Ray returning onto Earth will assist with the consciousness shift that has already begun into recognising the toxicity of Human life through use of chemicals and disconnection from the consciousness of the land.

Once you are fully activated through the Emerald Code as a Starseed the energy builds up for the inner Resurrection process to begin in earnest from the next period until the Autumn Equinox in 2019.

Alphedia and Auraengus have been going through many initiations to enable them to facilitate this shift for you all. They welcome you to be part of this journey.

Many of you have been sent here on Earth to bring back the Emerald Ray once again.

Know that for full illumination within your soul, sometimes known as Ascending Consciousness, the Emerald Codes within you require to be activated.

This is a code that is within the DNA of all of Humanity but the last people to fully activate the Emerald DNA Code within were the Essenes, only five souls were able to do the activation at this point because the frequency on Earth at this time was so low.

Jesus – Lord Sananda, Mother Mary, Mary Magdalene, Joseph of Arimathea and also a soul that was not physically conscious on the Earth know as Joshua.

This catapulted the Earth’s shift into a place of love and this awakening of your Emerald Codes within all those who feel the call and feel ready will allow your holographic matrix through your merkaba light vehicle to expand and increase in speed.

The Emerald City of Light is ready to be reactivated here, akin to the Temple of Light that was activated on Orkney last year.

Once one Emerald City of Light is reactivated on Earth again by high vibration conscious souls, the other Emerald Cities around the world can be activated also.

The plan is to create a network, web around the World.

When the Stargate portal is activated by the Golden Dragons, Alphedia will connect into each and every person around the globe and their locality.

This will activate Emerald Cities wherever you are residing at the time.

Once the Emerald Code is activated in enough of Humanity’s DNA, 13 timelines dissolve away that have been holding you all still in what is known as the Inverted Matrix, Service to Self Matrix, or the Lower Frequency Codes, if you prefer those phrases.

Know that this experience will give you a gift that your soul has been working towards for thousands of years, the ‘Awakened Iluminous Consciousness’,

This means that when you leave the Earth physically you will go through higher stargates than were open to you before as you start to work with the Diamond Solar Ray.

More information will come forward on this in the coming months at the end of this year.

But know that we are speaking to your starseed consciousness, the part of you that knows and lives beyond the 5th dimension already and is here to bring others into this place also.

I hope you hear the call to be of service dear ones. Adoni.”