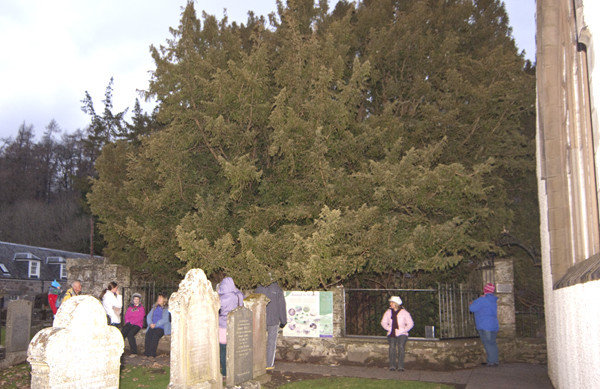 Alphedia Arara was asked to hold 2016’s Solstice Earth Healing Retreat in the magical sacred site of Fortingall in Highland Perthshire, Scotland. Archangel Uriel, the Angel of the Earth oversaw this Earth Healing.

This summer solstice was a special one as it coincided with a Full Moon.

Fortingall is steeped in mystical history and home to stone circles and the Famous 5000 year old Fortingall Yew tree. 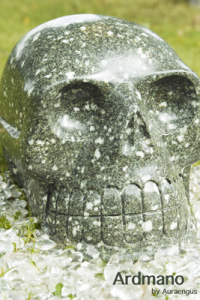 Fortingall is a small village in the entrance to the beautiful Glen Lyon, one of the remotest parts of Scotland in Highland Perthshire. It is known as the Alpha Grail (Primary) (ingress) Threshold or Grail castle of the Christ energy grid of the planet. That is where the Christ energy grid energies are received, anchored and distributed throughout the earths crystalline grid. It is said* that Jesus visited to receive the Christ energies and that his forebears emigrated to Galilee from Fortingall.

Schiehallion is the sacred mountain at the geographical centre of Scotland. At the intersection of ley lines radiating away across Scotland uniting many key sacred sites. Home to magical cave systems, and access into other realms and dimensions. Home to the sidhe, mountain guardians, goharts and many others.

“Greetings I am Archangel Uriel known as the Angel of the Earth and I will be overseeing the energies of this powerful Earth healing Solstice retreat.

The reason you are being asked to gather a group to the sacred space that is Fortingall, is because it is now time to awaken the tree consciousness grids around the world.

There is a reason that Fortingall Yew has lived for over five thousand years and until recently was considered the oldest tree in the world. It is situated on an energy spot where the male and the female leylines cross.

The retreat will consist of working also with the Crystalline Dragon energy which resides within Mount Schiehallion. Mount Schiehallion is a very sacred mountain known as the Hill of the Fairies and the portal that was opened on 21.12.12 to activate the leyline that runs away to the Great Pyramids of Giza will be strengthened.

The Schiehallion is one of the centres of light, great cities on inner beings dwell in its root. Some of these are of the Fairy Realms but some of these are inner city beings and they are ready to communicate their fifth dimensional consciousness and knowledge to assist you on your Earths’ path.

Working with the Crystal Skull Conclave Consciousness you will perform a ceremony on the Solstice in the Stone Circles and receive Star Being Initiations in these circles also. These will reconnect you to your home and to locations of Star Races where you have spent time learning prior to coming to Earth this incarnation.

You will further strengthen the Elemental Grid and receive personal messages and healings through meditations, attunements and activations at the scared sites.

This will be an exciting journey and way to spend the Summer Solstice and assist the Elementals and Mother Earth, Namaste.”