There are many types of Elemental Beings associated with the Air element. The most commonly known are a group called Sylphs. These are the wind guardians. Sylphs float through the air on wind currents never residing anywhere except the wind. Their role is to purify the air but these days they are overwhelmed by the vast amounts of pollution humans are putting into the air.

When Alphedia first met the Sylphs when researching Messages from Natures Guardians they were the elementals whose messages were most heart wrenching regarding the pressure the Elemental realm is enduring due to human activities.

Sylphs are feminine in energy and have magical skills and powers to dissolve non man made chemicals but have no power against CFC’s for example which is why they destroyed a hole in the ozone layer.

The Sylphs urge us to become more environmentally aware to think is it necessary for me to use the car for this trip or could I cycle or walk? 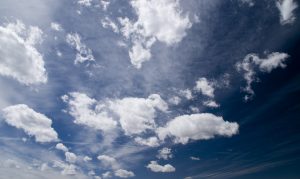 Channeled Message from the Sylphs

“We sylphs are the guardians of the wind and air. We are currently facing the greatest plight of the elemental kingdom at this time. The air is so vital to everything on planet earth yet it is not longer clean.

Pollution travels for thousands of miles and we are losing our capacity to control it with so much man made chemicals and substances which we are not equipted to deal with. Please help us by sending prayers to your skies, healing and light.

We sylphs do not want to witness the build up of more tropical storms, tornadoes and other air borne natural disasters which escalate out of our control. The earth is meant to operate in harmony and balance please help us return it to so.”

Sylphons are the Elemental Beings in the clouds they are in charge of cloud formation, regulating rainfall and helping manage weather conditions. They control the monsoons and droughts and work with other Elementals to control climate cycles. There role is very effected by Global Warming and man made climate change. They are struggling at this time to contain destructive weather forces such as tornadoes and hurricanes.

Channeled Message from the Sylphons

“We are the guardians of the clouds. Our role is vital on the planet earth, for we govern the hydrological cycle. At this time we are being affected by artificial rain making attempts by certain governments, some of you will know of these as chemtrails, where aeroplanes are releasing droplets of chemicals in an attempt to halt global warming.

This we are very concerned about, as it is interfering with the natural processes in the stratosphere, but also the effect it is having on humanity and other beings dwelling in the physical realm in the biosphere. The Earth, Gaia as many know her as, is a complex being with many systems that are intricate and as humans have interfered through the pumping of chemicals into the atmosphere, this technique to modify the weather system is disastrous indeed.

The earth has her own unique balancing system and yes she is struggling with these man made compounds that we as elemental guardians are unable to handle. We wish to ask humans to perform healings on the cloud beings and the atmosphere, or sky as you know it as, to send up purifying purple light and to imagine the clouds surrounded by this purifying purple light, to cleanse it and to cleanse the effect of the chemical trails.

In order to protect yourself we suggest; similar to when there is a radiation outbreak, using the colour yellow to neutralise the effects. If you do this daily or even weekly, you will start to see changes in your energy field, as you put protective light around you from the chemical toxins and radiation.

Call upon the sylphons to assist, for the more people who recognise us and who connect with us, the stronger we become and the more energy we have to deal with this untenable situation. We are grateful for any help that we can receive at this time to assist with this process and we trust and know that humanity will elevate in consciousness awareness to recognise that this mass pollution of the biosphere is unable to be tolerated. Adoni. “ 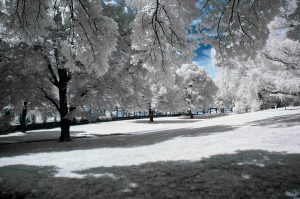 Spirulites are the guardians of Snow, they cover the land in their cleansing energy when snowfalls. The spirulites role is to bring peace to an environment. Notice how when you watch snow falling or look at freshly fallen snow this brings a sense of peace into your inner being.

Spirulites cleanse the land of chaotic energy and aid in dissolving astro trails. They have quite playful energy and work in tandem with the Snow Queen. Alphedia is writing a chapter on Spirulites in her next book Messages from the Fae.